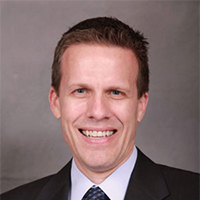 "I have a passion for software development. Being able to create something that is useful to other people, especially solving difficult problems, is very rewarding to me."

Some people know their calling early in life and set their sails in that direction. Others stumble upon a career path then ends up combining their skills and passion in a way very few people experience. Greg's life is the latter. Although he's always been interested in technology - his first computer was an Osborne - it wasn't until he became a partner in a family business that he discovered his true calling. Back in the 1980s, his family's construction loan company needed to automate. Greg developed the software program that did just that.

Now, as CEO and CTO of Nortridge Software, Greg is responsible for the strategic direction of the company. He's been with Nortridge for more than 28 years, serving as CEO since 2007.

When not working at Nortridge, Greg is traveling to foreign countries, competing in trail ultra-marathons, cooking, and spending time with his family. And - you guessed it - he also enjoys solving tough coding problems in his spare time. He's a California native now living in Corona, California, with his wife, Lurean.