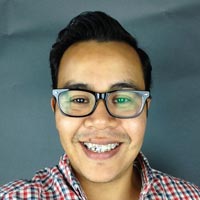 Lenders should keep an eye on Goldman Sachs and its soon-to-be-launched online lending products.

Last year, news broke that Goldman was fighting against Avant and other online lenders by becoming one itself. It hired Harit Talwar, a former Discover exec to lead and create its new division. Over the last year, Talwar has rounded out his team with former Paypal, Visa, Lending Club, and CFPB executives.

“In a report last year, Goldman analysts said that $4.6 billion of big-bank profits could be lost to the digital upstarts…”- Ben McLannahan, Financial Times

Goldman has a few advantages:

One. Goldman won’t struggle with funding issues that have plagued peer-to-peer (P2P) startups in recent months. The bank takes deposits, and they are the fourth largest holding bank, so they'll have no trouble covering the tab.

Two. It’s decision to hire Mitch Hochberg as head of compliance, a former CFPB executive, means they will be looking at regulatory issues from the get-go. Not to sound cynical, but who better to lead the compliance team than the same person who helped craft the regulations?

Three. Goldman can take advantage of open source software and cloud-based machine learning that was just made available. Machine learning is a branch of artificial intelligence that lenders like Avant, Zest Finance and many online lenders use as part of their originations.

“The digital lending team is now more than 100 individuals and is currently working on building a digital installment loan platform with sustainable competitive advantages.”– Golman Sachs job post, via LinkedIn

The new online consumer lending products are set to debut this fall, and according to a New York Times article, early conversations put the product at $15,000 to $20,000 per loan.

In the end, it all comes down to execution – and it looks like Goldman is setting up their all-start team to do it.