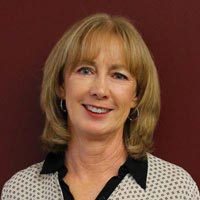 Peers lending to peers isn't new, but with the help of technology, now the process can be automated and electronic. This automation has led to a dramatic rise in what's now called peer-to-peer lending - or P2P lending. The most well-known P2P companies are Prosper and Lending Club, with more players joining the game every month.

"P2P lenders act as online meeting places between individuals who need to borrow money and people who have money to lend. In the case of Lending Club, would-be borrowers with a credit score of at least 660 apply online for a loan of up to $35,000. They go from application to loan disbursement without ever talking to a human being. The company screens applicants using an algorithm that checks their credit histories and other relevant data points, and then presents them with loan offers — if they qualify. Lending Club says less than 10 percent of loan applications are approved. It takes a 1 percent cut, on top of charging some fees."

The most current version of the U.S. P2P lending industry got its start in February 2006 when Prosper debuted, followed closely by Lending Club and other lending platforms. It was a rocky start to say the least. Few restrictions on borrower eligibility resulted in high default rates, among other problems. Then, in 2008, the Securities and Exchange Commission (SEC) required P2P lenders follow the Securities Act of 1933 - which meant they needed to register their offerings as securities. This is long and arduous task. Prosper and Lending Club went quiet, while others pulled out of the U.S. market altogether. After re-grouping and fulfilling the necessary filings with the SEC, P2P lenders were back in the game - in a big way.

For a more thorough history lesson, read this blog post on Lend Academy.

Why It's Growing Fast

In mid 2012, Peter Renton, who maintains the Lend Academy, shared his insights as to why P2P lending is becoming so popular.

Visit the full article here for a more in-depth discussion of these reasons.

Based on the rapid growth, it appears that P2P lending is here to stay, providing a relevant alternative to traditional financial institutions. In the end, this is good for consumers, but it can also create more competition in our industry. And, it will definitely impact and help shape the future of lending.